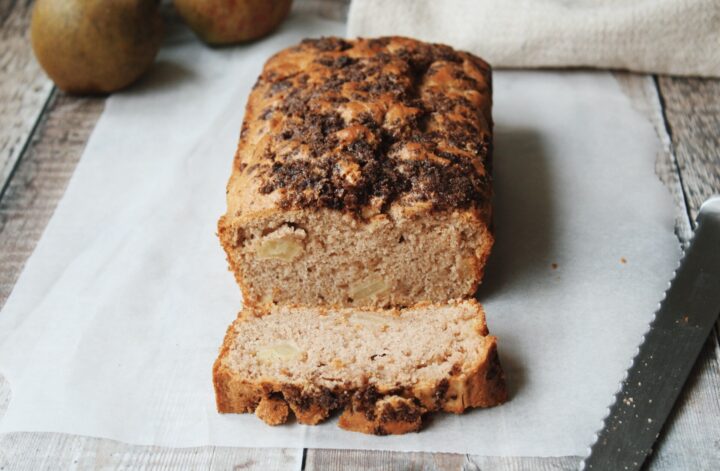 I’m so excited to be sharing this Vegan Autumn Apple Cake with you. I’ve teamed up with Fab Flour and The National Association for British and Irish Millers on their Nourishing the Nation Campaign to bring you this comforting and delicious apple cake, and to help bust the myths surrounding flour. This loaf cake is seasonal, ridiculously easy to bake and so delicious warm from the oven with a cup of tea!

I’m super proud to be working with Fab Flour on their Nourishing the Nation Campaign to bring you the recipe for this delicious and very Autumnal Vegan Apple Cake, and to have a little chat with you about flour; a product which you may not usually associate with good health, but I hope to change your mind on that! The Nourishing the Nation Campaign aims to reverse negative connotations surrounding the consumption of flour, which has been deemed to be overly processed and void of nutrients over the years. This couldn’t be further from the truth, as flour accounts for upto 31% of the daily recommended intake of iron in adults and 35% of daily recommended intake of calcium in teenagers.

I will also be working with NABIM throughout their Fibre February campaign, to help celebrate the importance of fibre. Diets rich in fibre are shown to assist with digestion, cholesterol health, and promoting healthy gut bacteria. Those avoiding flour-based products may be at risk for a lack of fibre, as fibre is found in foods such as bread, pasta and cereals (as well as legumes, fruits and vegetables).

I’m always one for fighting stigma associated with certain foods, no food should have any moral attachment to it. Food is here for nourishment and enjoyment, and often, demonising foods can contribute to an unhealthy relationship with food – something we should be actively avoiding. All foods can be a part of a healthy, balanced diet.

Flour has certainly received a bad rap over the past few years, deemed as highly ‘processed‘ and a junk food, we’re told it’s something that we should be avoiding in our everyday diets. This is actually unhelpful and untrue. There are so many reasons as to why flour is one of the most wonderful ingredients to cook with: it’s a vital source of nutrients for our nation, and it’s an absolute essential in my pantry cupboard (meaning I can always whip up a batch of cookies whenever I fancy it). Also, avoiding flour means avoiding cake, and why would you want to avoid cake?

Nutrition-wise, although underestimated, flour is an incredibly important source of fibre, vitamins and minerals for our population as a whole, containing crucial nutrients such as iron, calcium, Zinc, Magnesium, Copper, Potassium, Manganese and B vitamins (UK National Diet and Nutrition Survey). It’s also a great addition to a plant based diet as flour contains decent levels of calcium and iron – sourc​es of which are more scarce on a vegan diet, so it’s crucial to be mindful of adequate intake. Calcium is vital for the formation of bones/teeth, blood circulation and muscle contraction, and iron is important for blood production and transferring oxygen from the lungs to the tissues.

Fortification with vitamins is a crucial part of the production process of flour, and one which is under constant review to ensure that this staple ingredient meets the nutritional needs of our population. Additionally, the potential addition of folic acid is currently under review. And don’t be fooled by the white colour of flour: bleaching is illegal in the UK, so that pristine colour is all natural and the flour in this state contains an impressive 75% of the whole grain.

It’s also been super interesting learning about how flour is produced. Having been deemed as ‘overly processed’ over the years, the process of milling flour is actually incredibly simple, and the process hasn’t changed all that much since we first started milling grains in the Roman times. Back then, grains were toasted to remove the husk from the wheat grain and then ground between two stones. Now, machines open up the grains and scrape and grind each component. Wholewheat flour uses the whole grain (endosperm, germ and bran), whereas white flour uses around 75% of the grain, and brown flour uses 85% of the grain. It’s as simple as that!

Creating this recipe was so fun – I used to make apple cake all the time when I was younger, so veganising it felt so nostalgic to me. The apples add a moistness and bounce to the cake, meaning eggs aren’t needed. I also like to make a vegan buttermilk by mixing together dairy-free milk and apple cider vinegar and letting it sit for around 5 minutes to curdle. This is worth doing in vegan baking, as it adds a tanginess to the bake and it reacts with the baking powder to help with the leavening of the cake.

One of my favourite parts of this loaf cake is it’s crispy cinnamon topping, this is achieved with cinnamon sugar (a game changer). To make this, simply mix together brown sugar, cinnamon and a little oil until crumbly. Sprinkle this onto the loaf just before you pop it in the oven. The result: a sweet, crispy, cinnamon-y topping which goes divinely with the moist apple cake.

Also, as it’s a vegan cake (no eggs), you can definitely lick the spoon when you’re finished (the best part in my opinion).

So to conclude, eat flour! (Unless you’re coeliac or sensitive) And without further ado, here’s the recipe for my delicious Vegan Autumn Apple Cake. Happy baking!

If you make this recipe, please make sure to comment below or to tag me over on Instagram – @georginaburgess_ – I love seeing your recreations!

Thank you to Fab Flour for sponsoring this post. 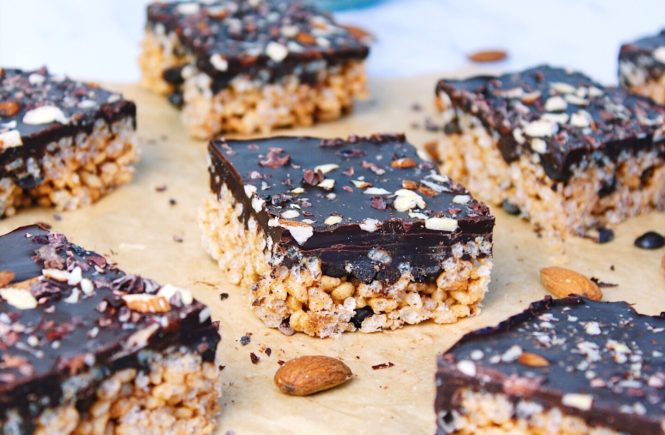 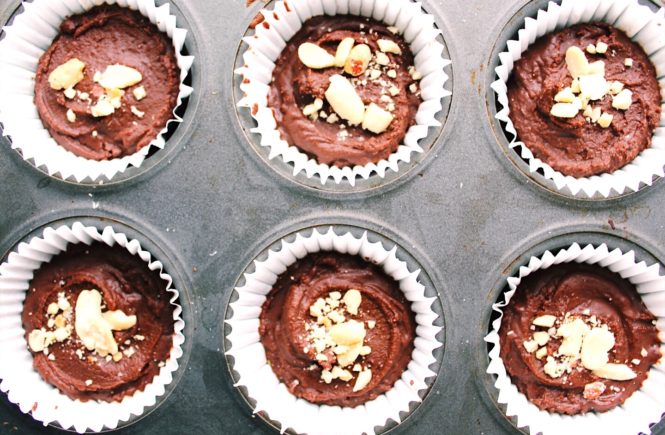 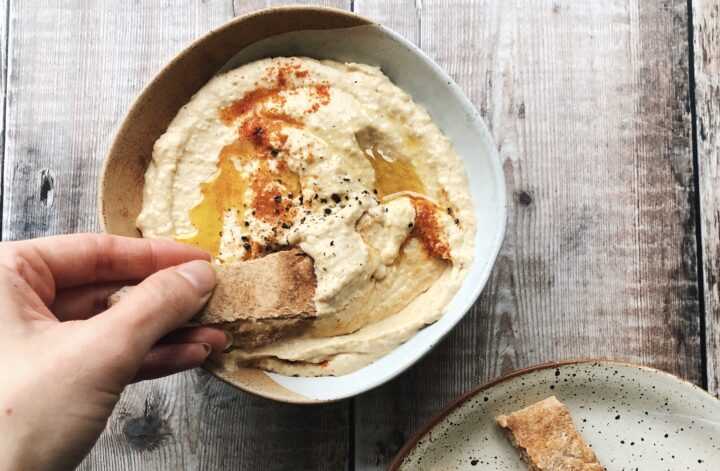 Hello! Welcome to my little corner of the internet 🙂 I’m Gina, a 23-year-old blogger based near Manchester, UK. I’m passionate about plant based, sustainable living and mental health. Feel free to follow along! 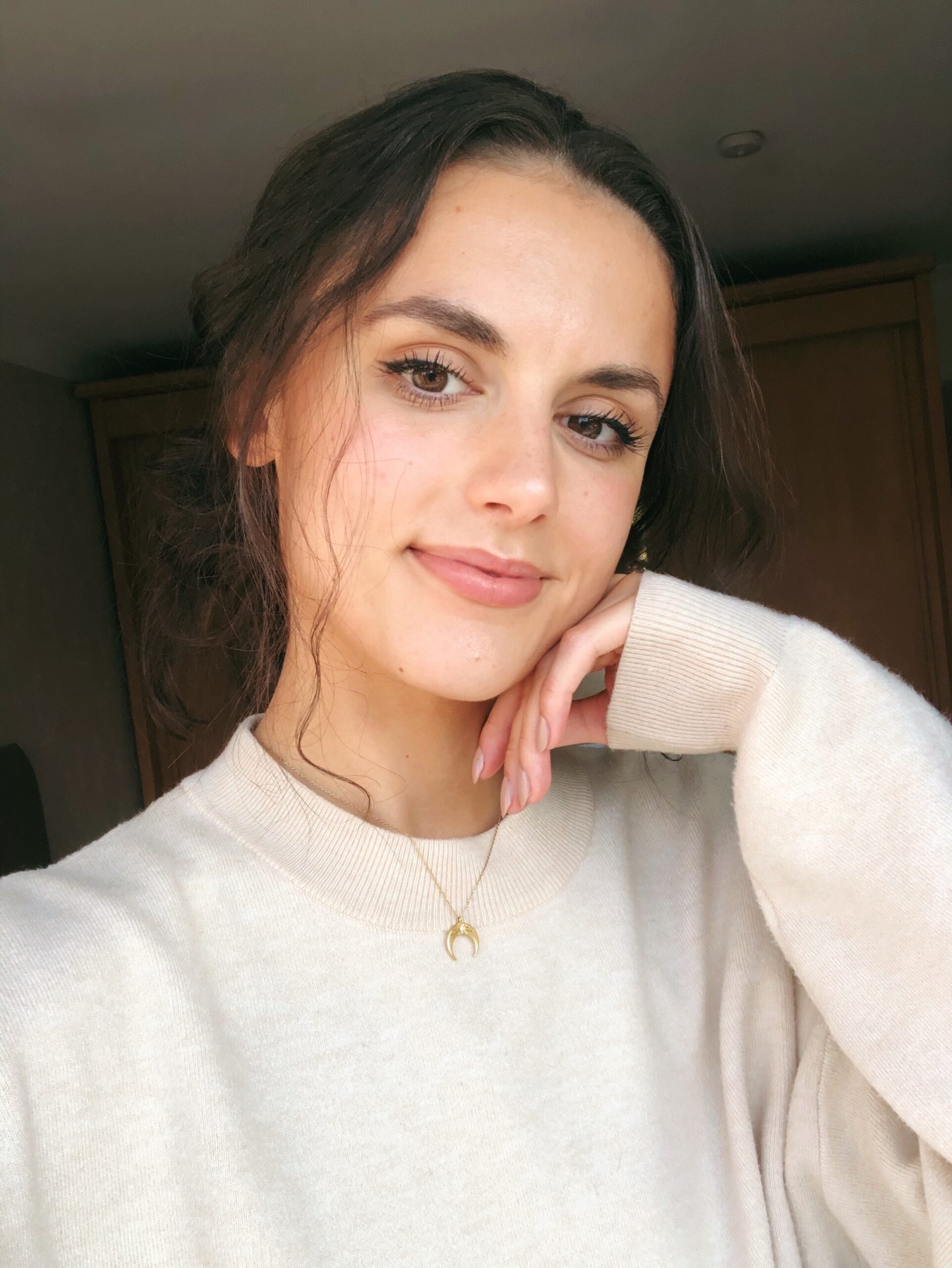